Guys, it’s nearly over, 2021 is about to start walking itself out the door!

This year was extremely busy for Flying Wild Hog. I mean, Shadow Warrior 3 started off with IGN First, showcased both its second gameplay trailer and enemies, showed our wacky delay trailer, and then moved on to close the year with its announcement trailer about the upcoming collaboration with Naraka: Bladepoint. 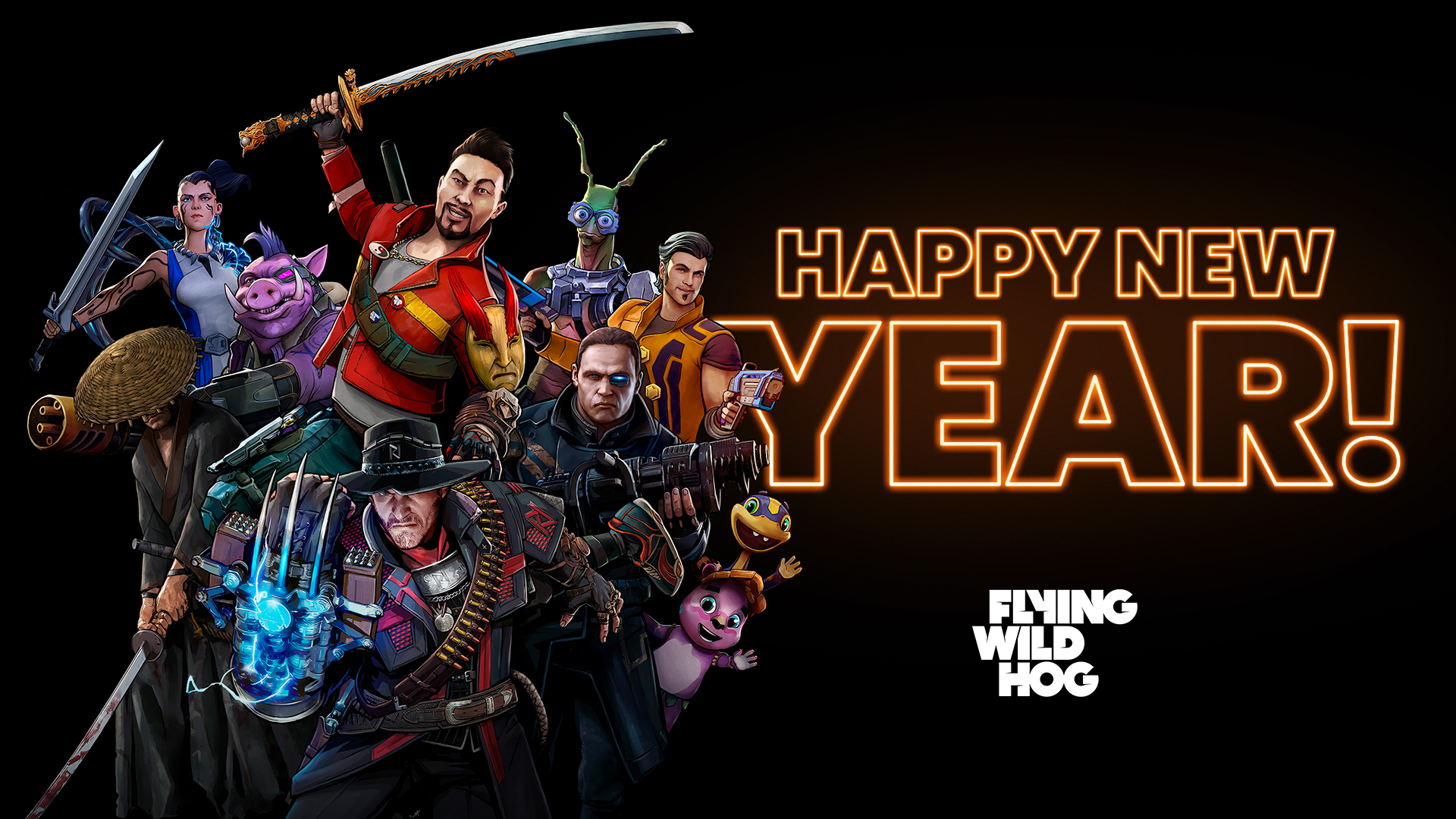 Then you have Evil West, who was very stoic for most of the year and then decided to pack a punch with its gameplay reveal trailer during the TGA 2021. Talk about finishing the year with a demon-slaying BANG!

Trek To Yomi stirred quite a lot of commotion with its announcement trailer in June and gameplay reveal trailer in December. I mean talk about pacing, huh? Space Punks just kept on giving with its early access and updates, with the last third update, The Friendly One, being released just before the beginning of December.

If this wasn’t a busy year, then I don’t know what is!

However, truth be told, none of this would have been possible with you guys, our amazing fans! You are our driving force! It’s your support and trust that pushes us and we’re very grateful for all that.

This year was intense, but all the signs in the sky show that 2022 will easily surpass its predecessor in every possible aspect.

Thank you for being such amazing peeps and we can promise that we’ll do our best to deliver the possible games for you guys!

Have a splendid New Year, we hope you spend it with your loved ones, and together, let’s make 2022 an amazing year!

We use cookies to ensure that we give you the best experience on our website. If you continue to use this site we will assume that you are happy with it.Ok