GIC 2022 is coming up really fast! Actually tomorrow now that we think of it! For those of y’all who have no idea what we’re talking about, the Game Industry Conference takes place alongside the Poznan Game Arena, one of the most important and largest game expos in Europe. Over 79 300 visitors enjoy the show by testing games and hardware from more than 220 expositors.

Several of our Honorable HOGerinos will be making appearances this year! Be it, as a speaker or panelist during discussions!

We figured we give a quick rundown of who’s going to be doing what during the next 4 days!

We’ll be doing this in chronological order!

Krystina Kofin will be attending an Ask-us-Anything: “AUA: Tech vs Art – how to cooperate without killing each other?”. Taking place on the 7th of October @ 5 PM – Open Hall

Leszek Górniak will be doing a talk and selling the audience “7 tips for switching to Multiplayer in Unreal Engine”. Taking place on the 8th of October @ 11 AM – Unreal Hall

Our Lord of Audio, Dawid Mika will be talking about the “Creative decisions behind the sound of Shadow Warrior 3”. Taking place on the 8th of October @ 1 PM – Ten Square Games Hall

Maria Borys-Piątkowska and Sławomir Uliasz will be doing a co-op tete-a-tete on “Show, don’t tell” – the nonverbal narrative“. Taking place on the 9th of October @ 2 PM – Geek Hall 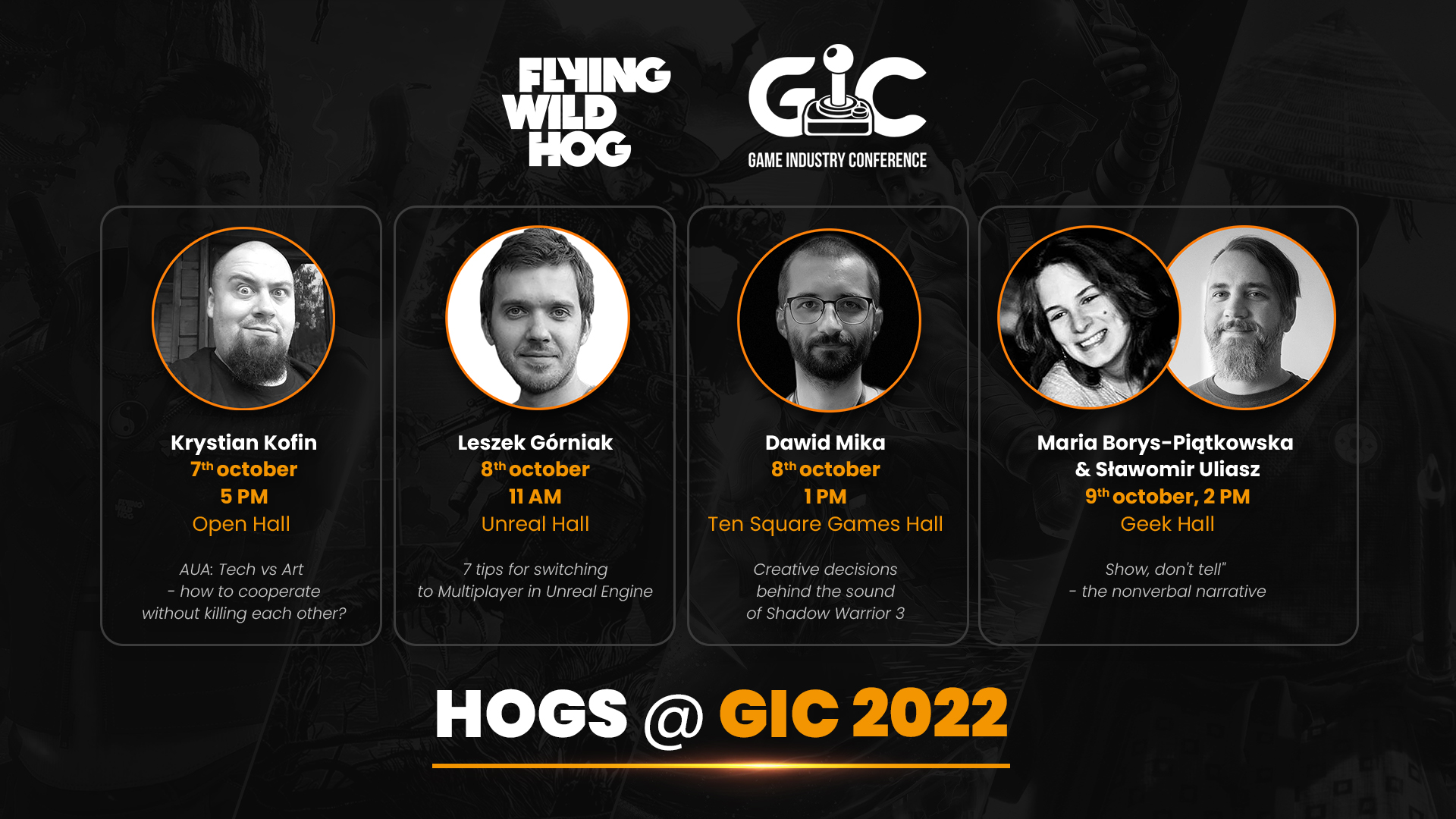 Here’s the full agenda! If you happen to be there, be sure to root for our peeps!