THE WARSAW OFFICE TURNED INTO
THE RENTIER INSTITUTE!

Last Tuesday was a memorable day in Flying Wild Hog’s history! We organized an event for the media in our Warsaw office! It was truly one of its kind, the only such event in the world, and it took place in Poland exclusively! 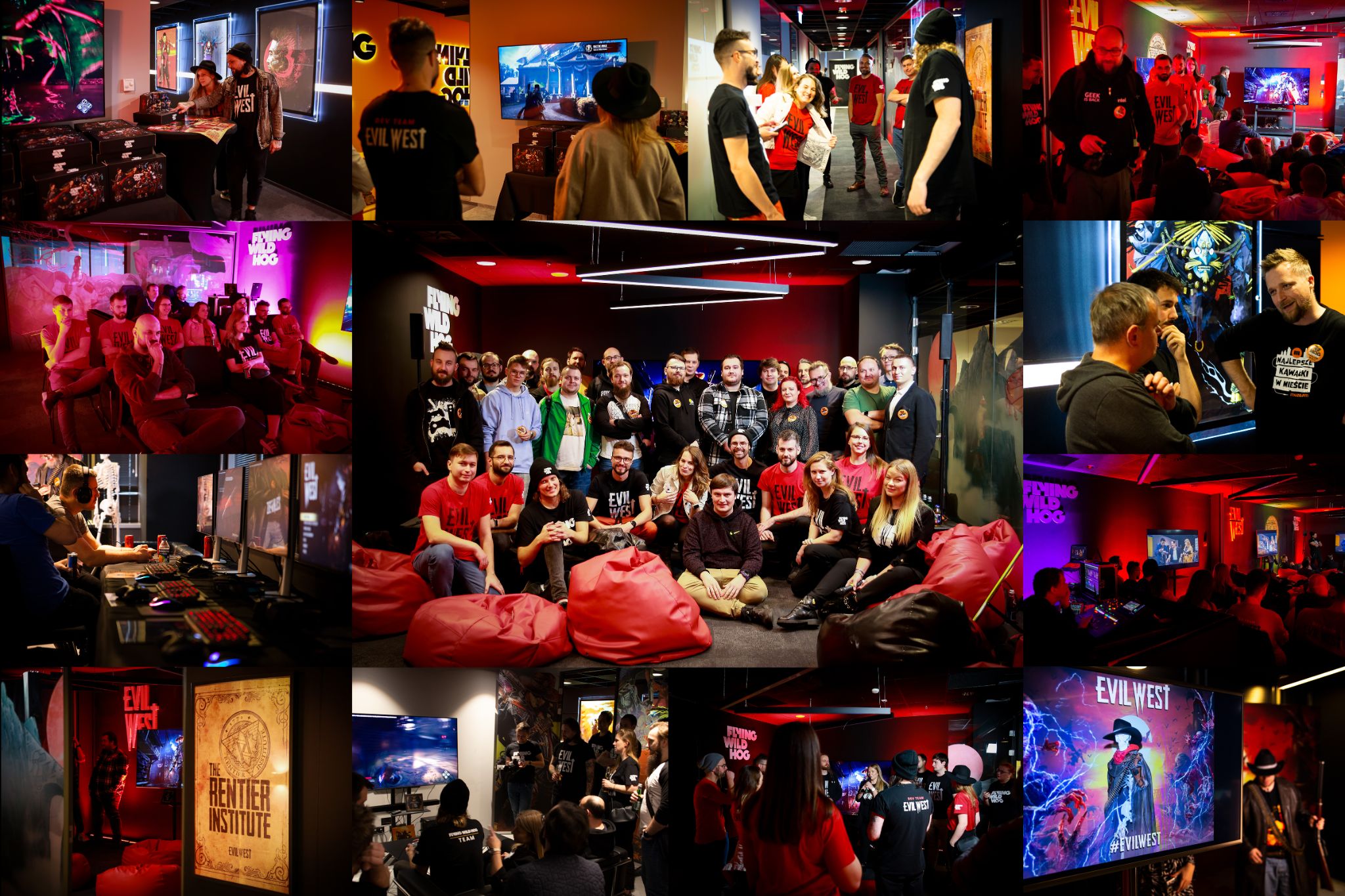 Modesty isn’t our FORTE so to heck with it! The Evil West Press Day was a BANGER! Journos and influencers made their way to the temporary Warsaw Branch of the Rentier Institute for some vampire-killing extravaganza! Tonnes of interviews and radio auditions were conducted! We were barraged by the attendees’ inquisitiveness.

Mind you, we transformed not only our office… 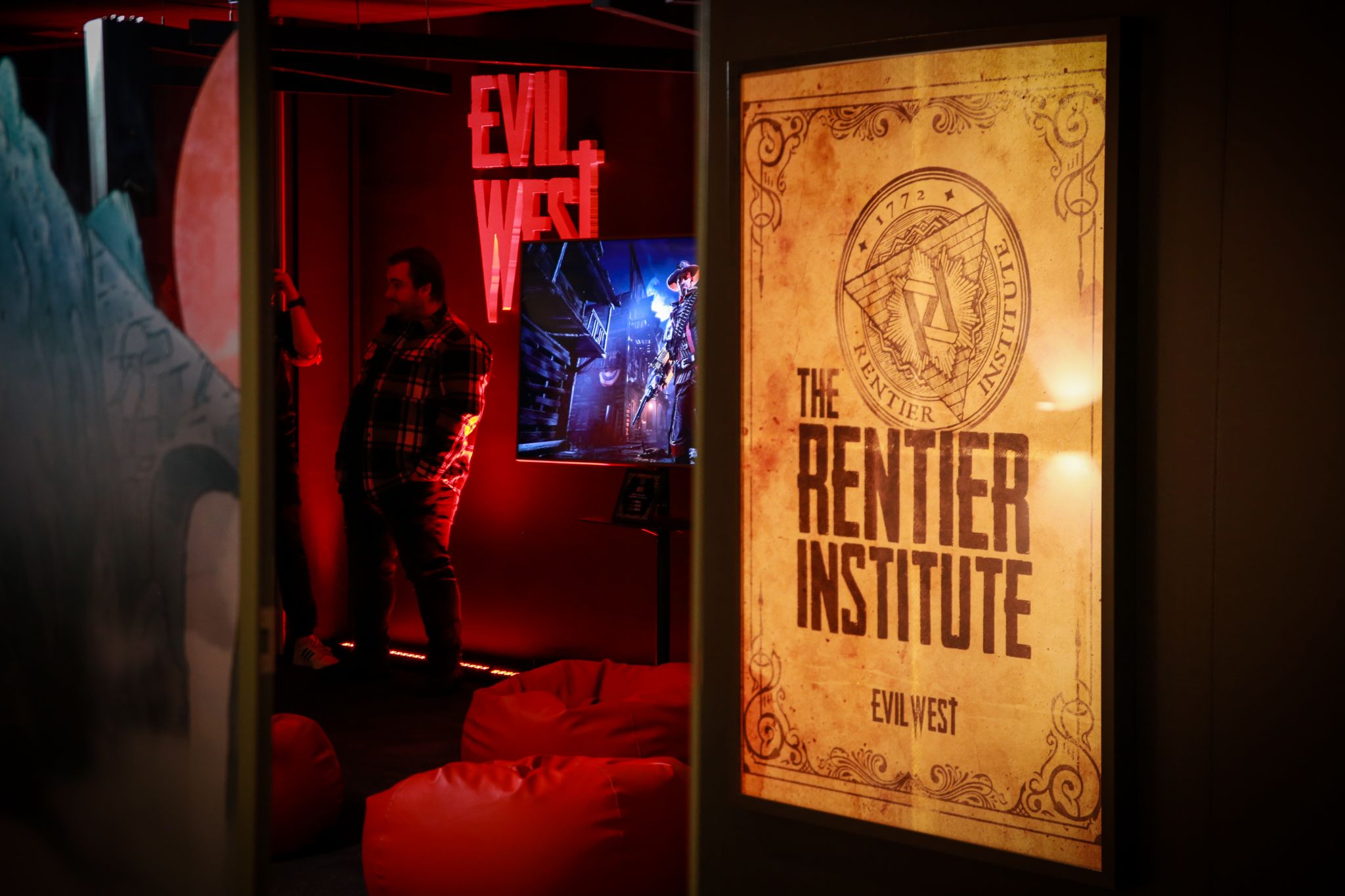 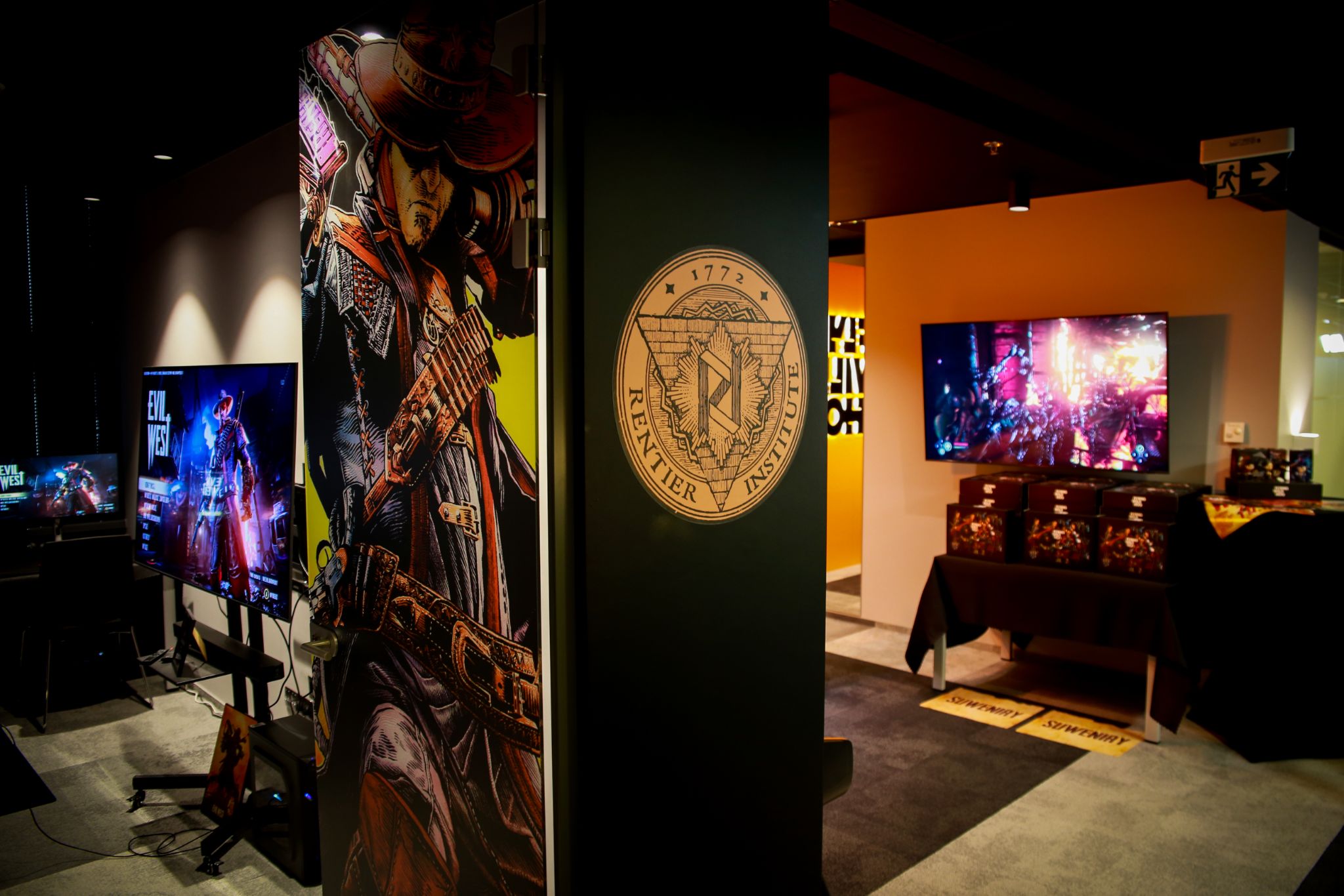 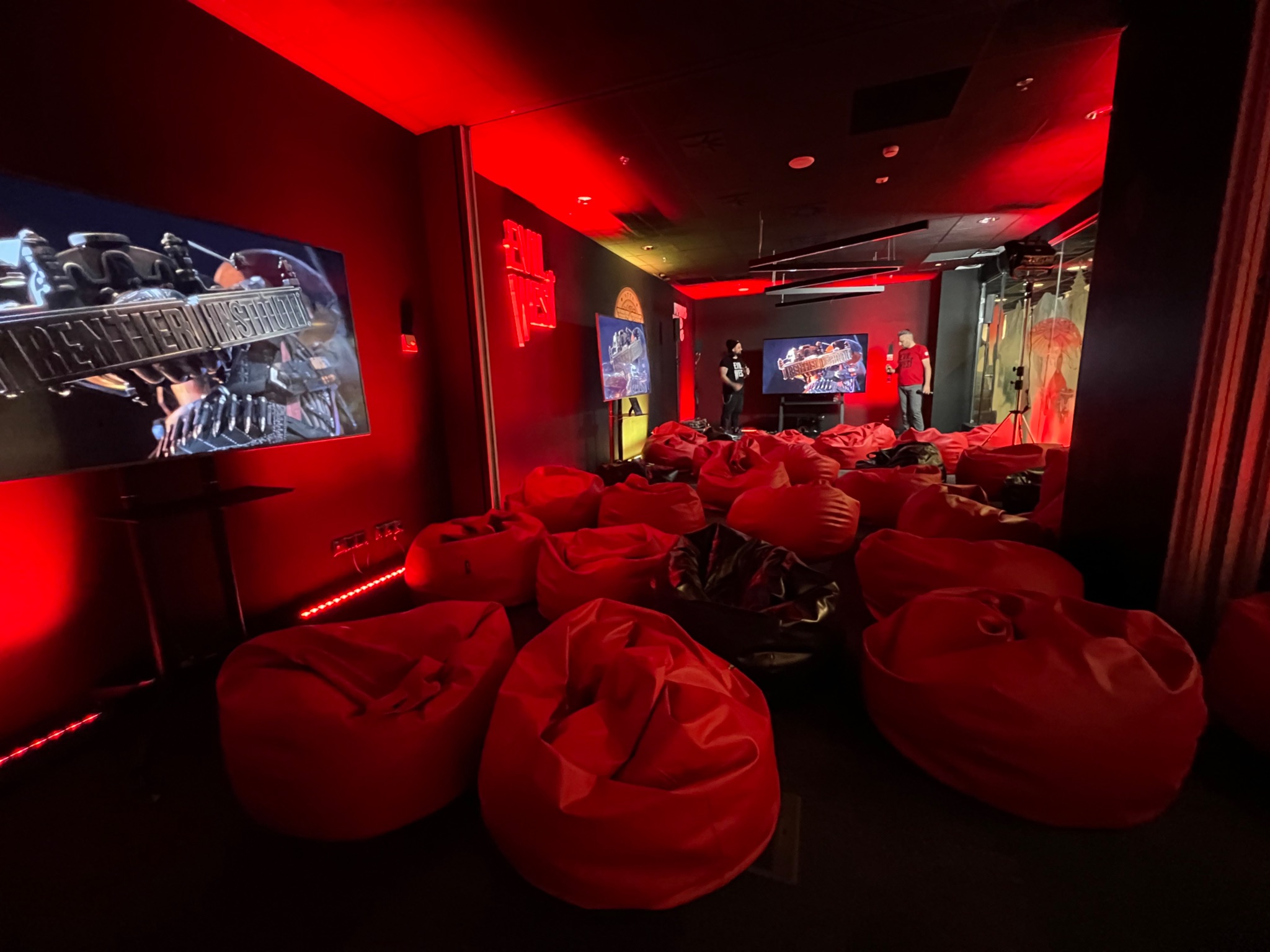 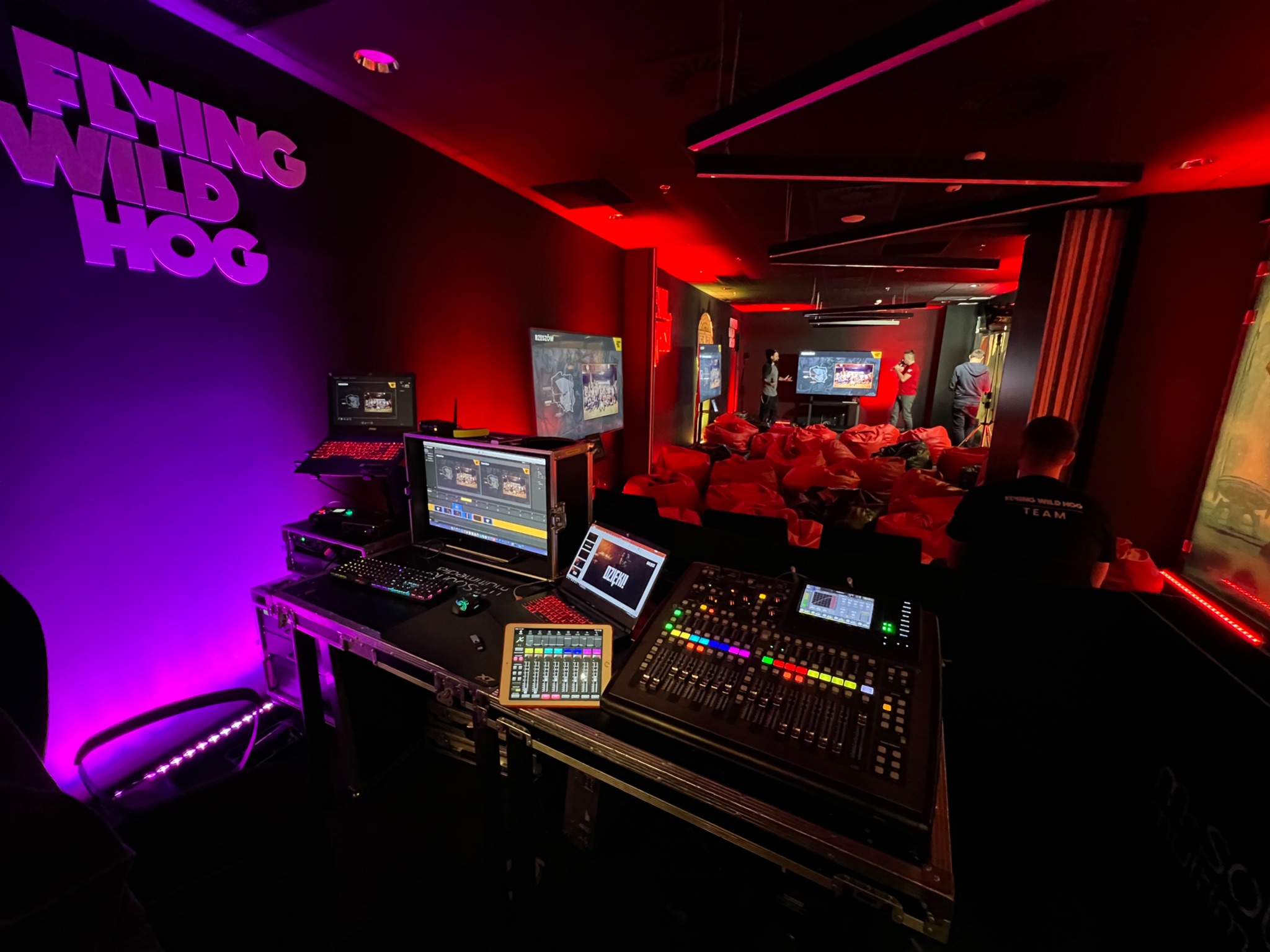 But also the lobby in our office building! 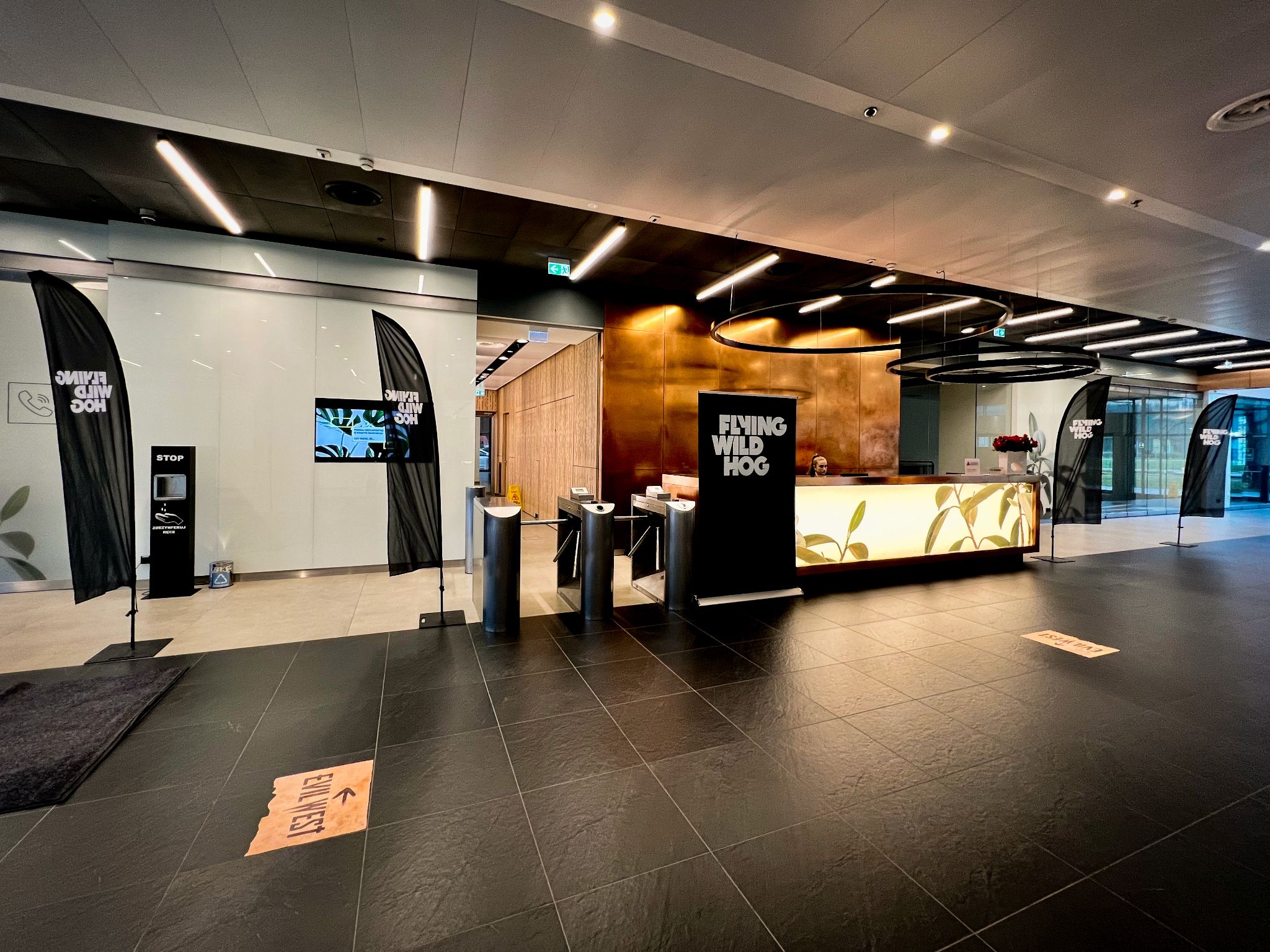 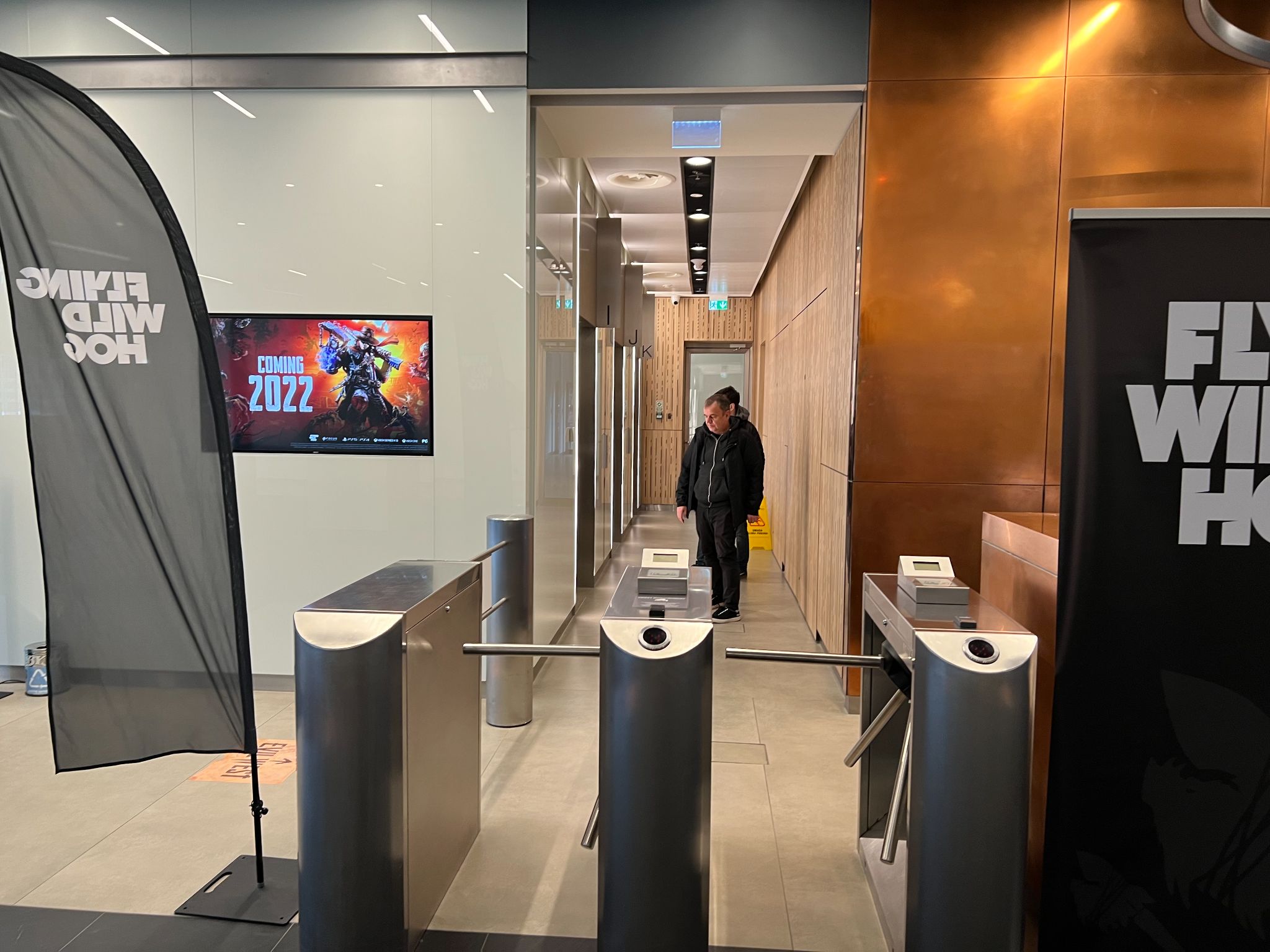 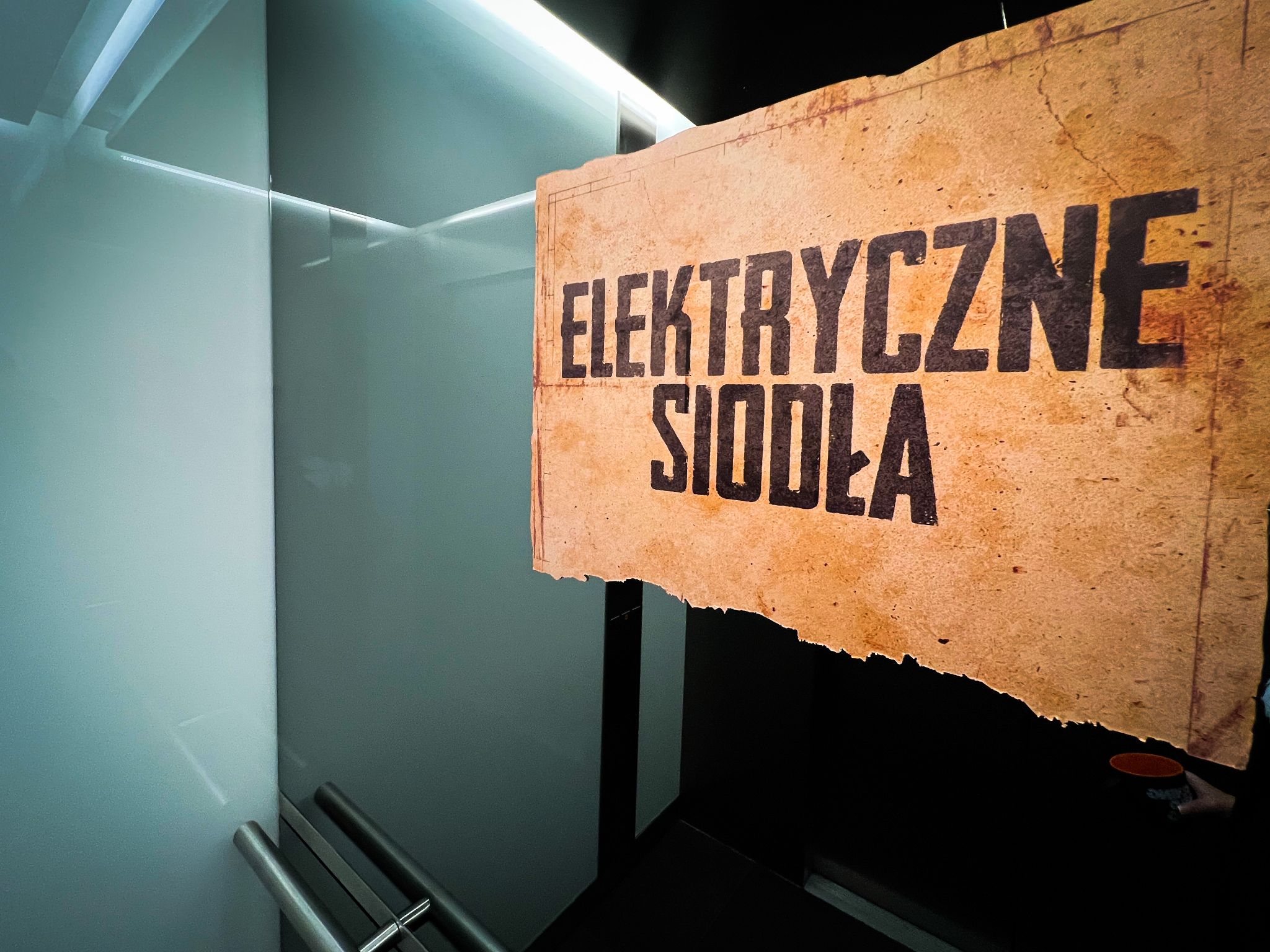 We hit off the event at HIGH NOON with an Evil West presentation during which Asia, Alek, and Tomek did a fantastic job in acquainting the audience with the “whats” and “whys” in Evil West! After that, we had a whole bunch of attractions prepared for them!

The journalists and influencers conducted interviews with our HOG agents but also enjoyed doses of more casual “tête-à-tête”.

Since we’re AMAZING HOSTS, we also had food and soft drinks 🙂
Our Evil West kitchen: 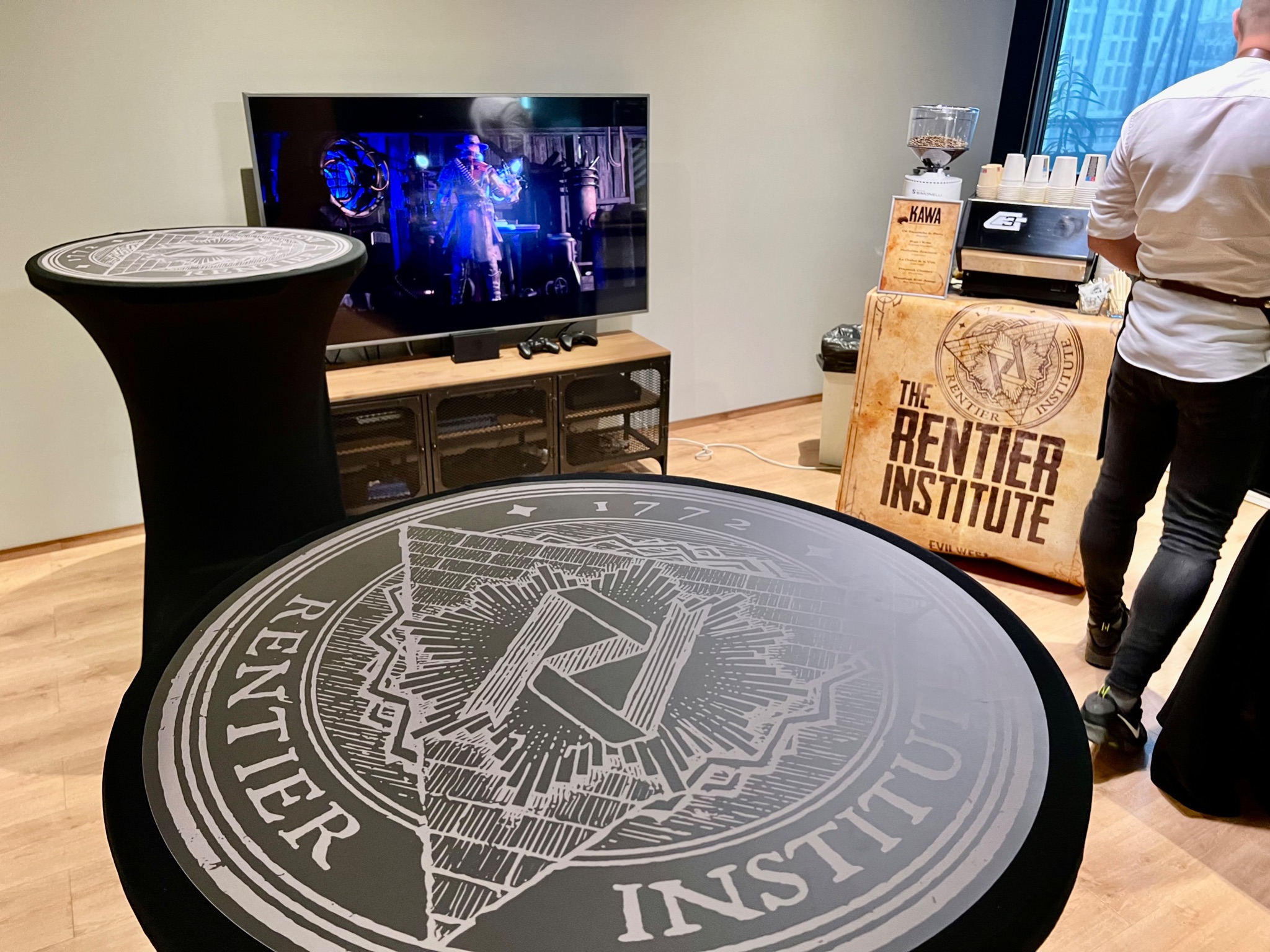 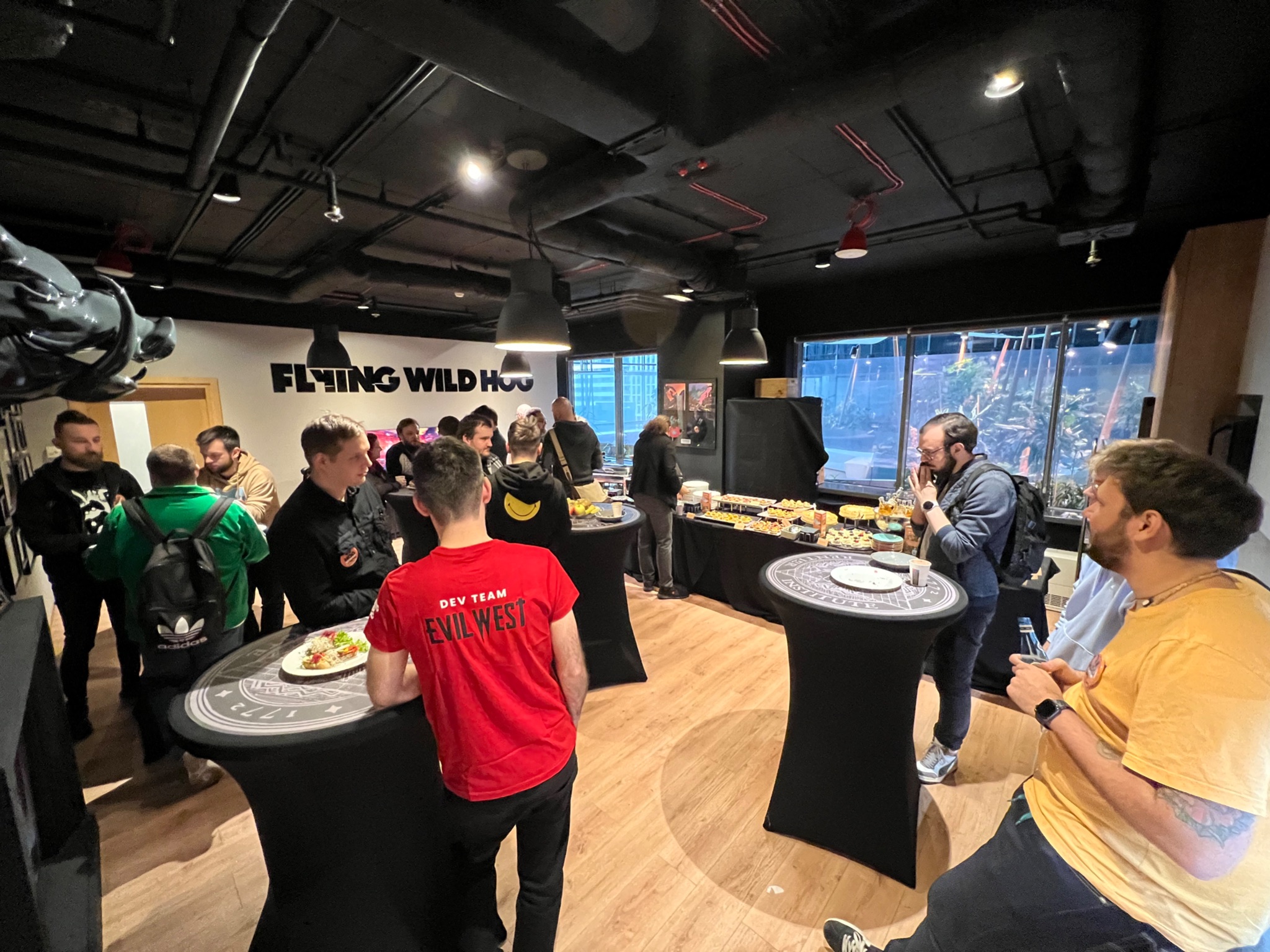 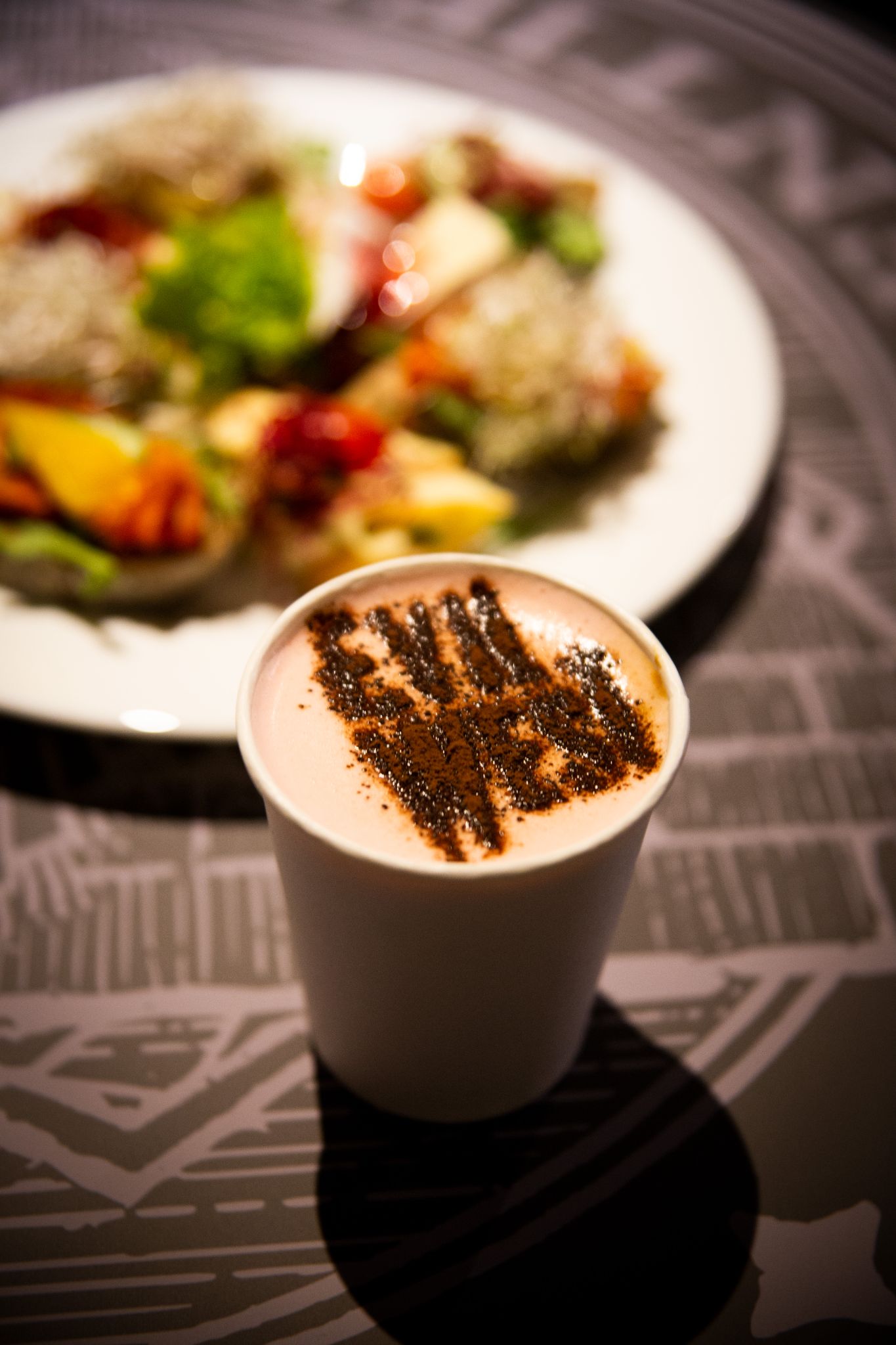 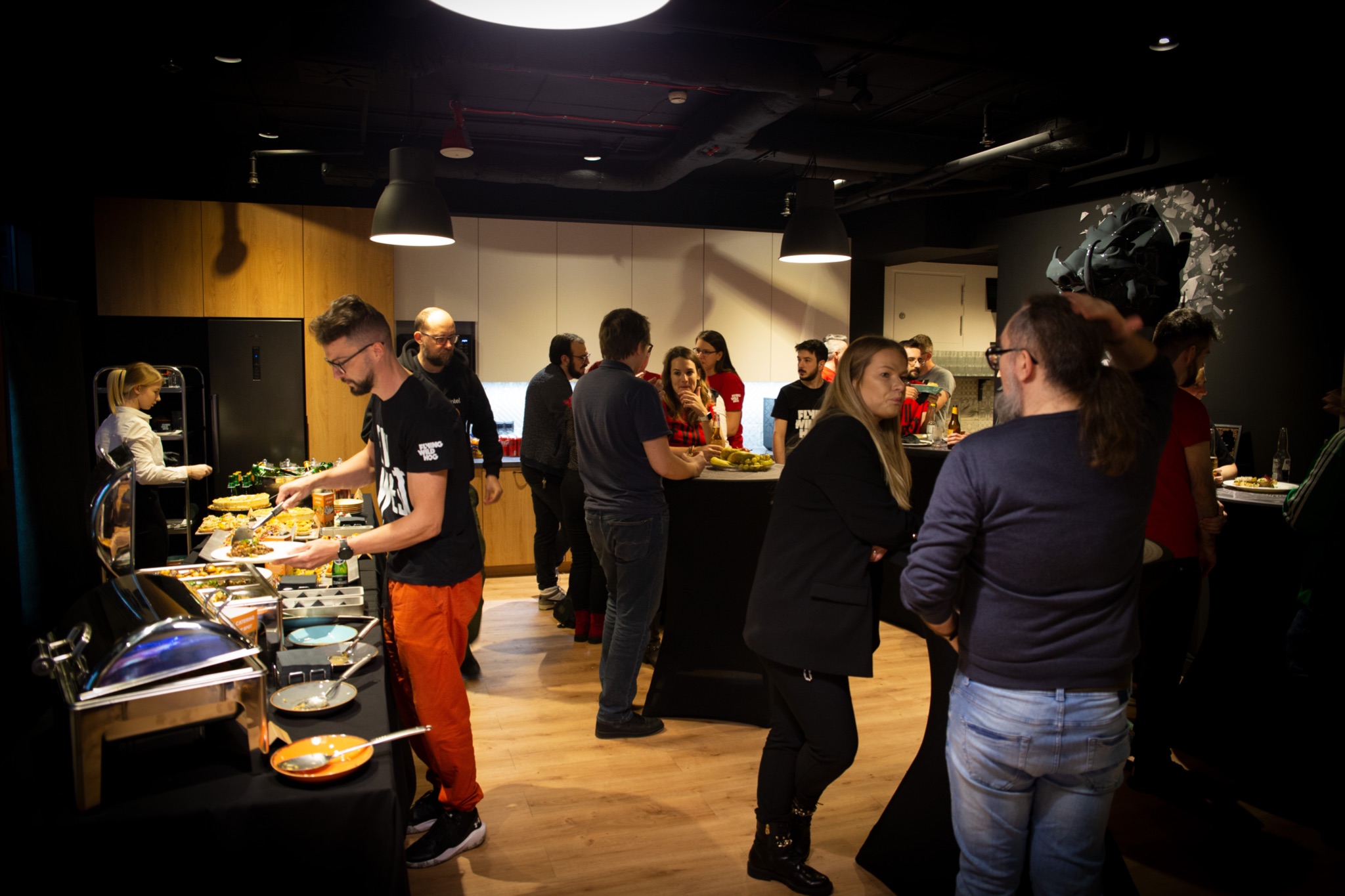 There was a gifbox with appropriate props where everyone got to cosplay as a character from Evil West! 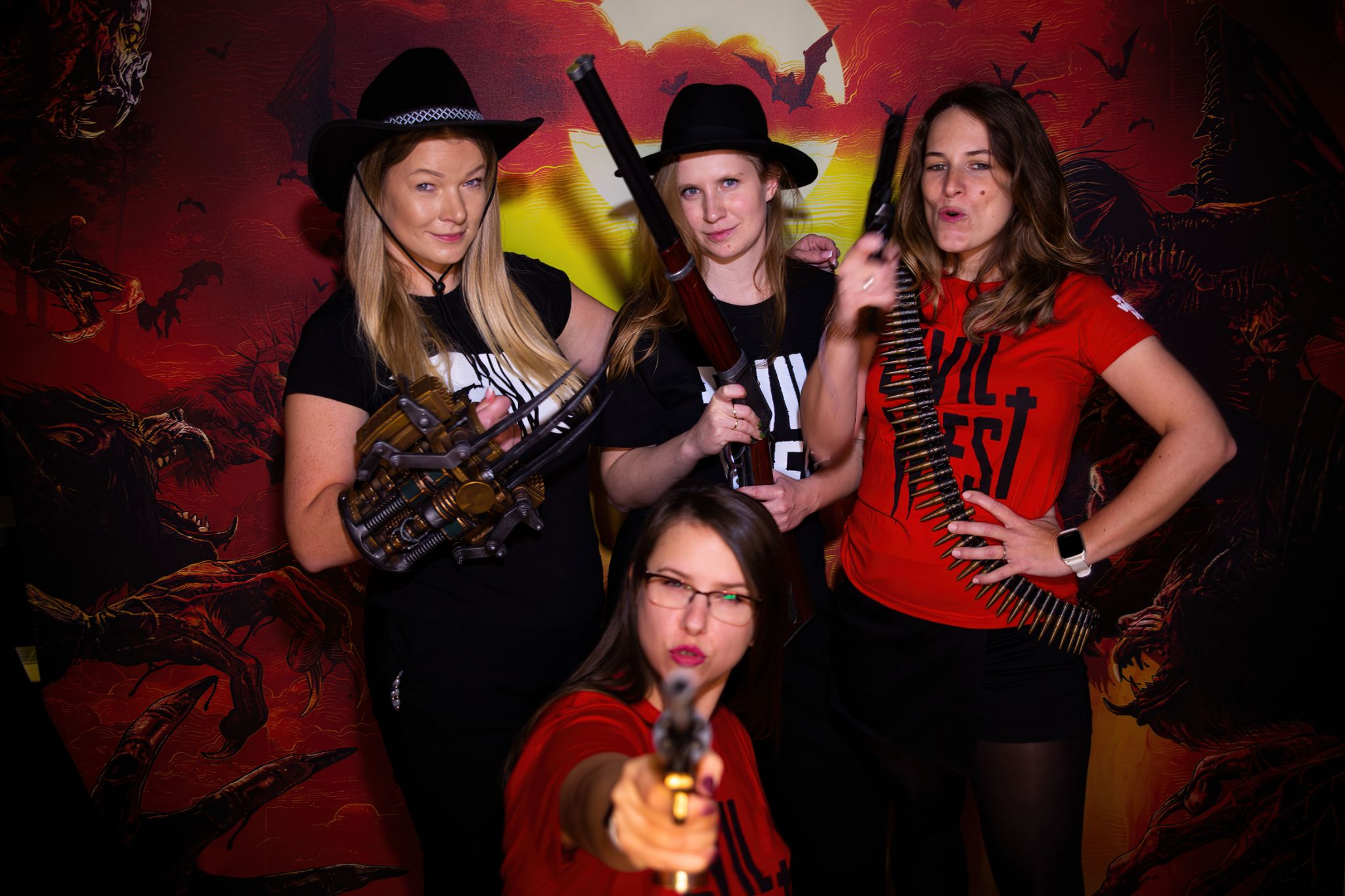 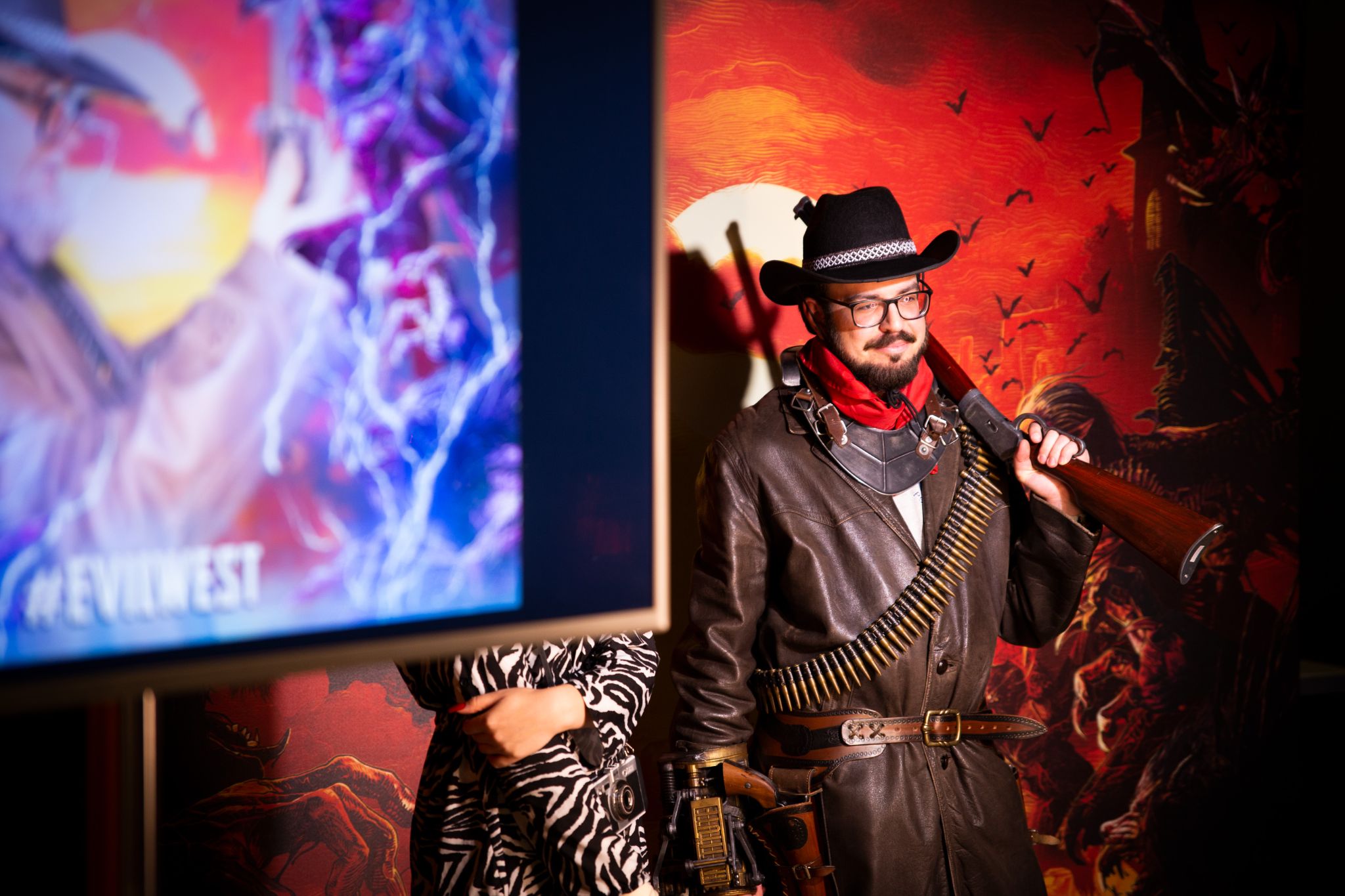 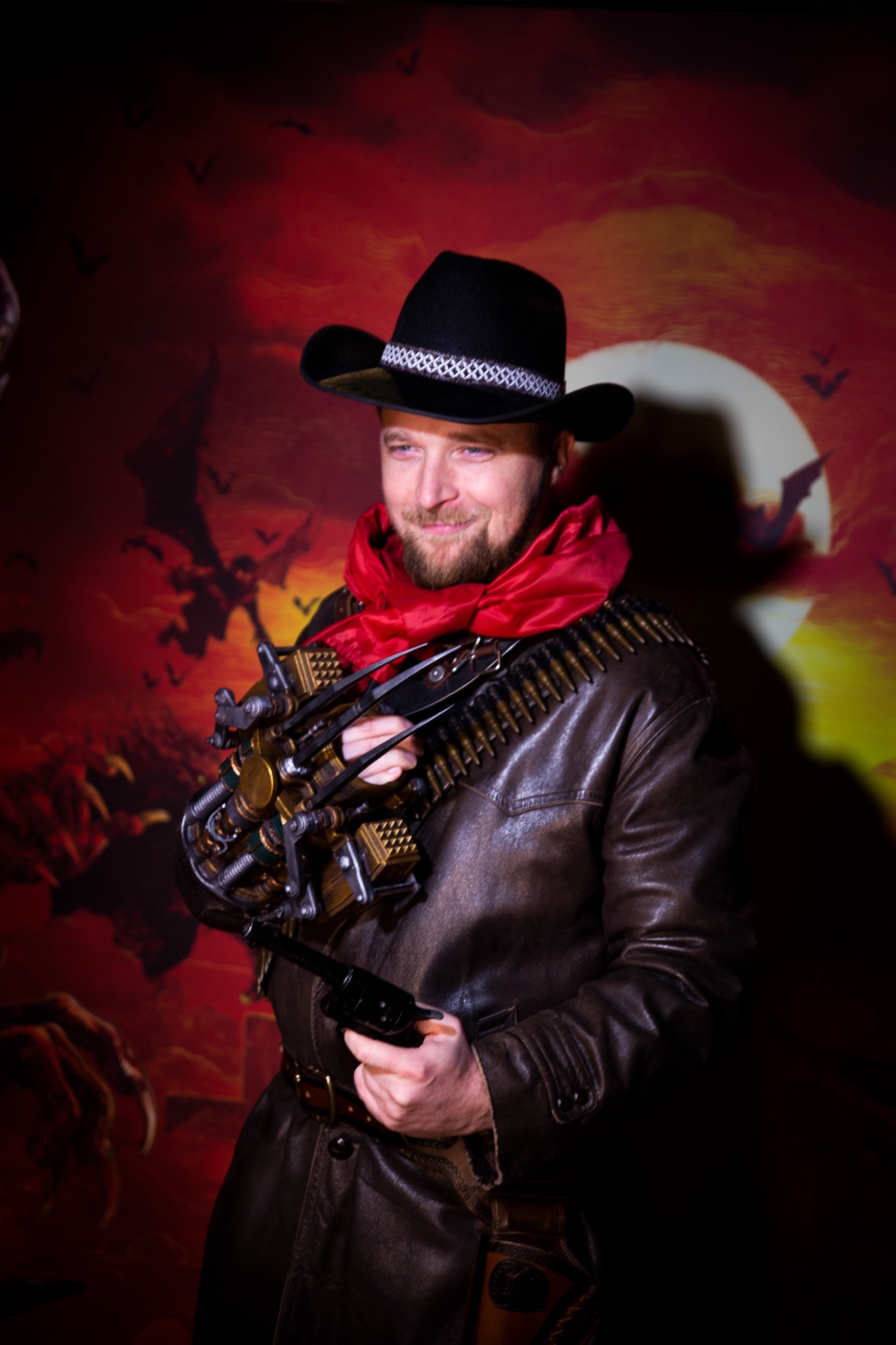 We also had gaming stations where our guests could enjoy some good old vampire killing! 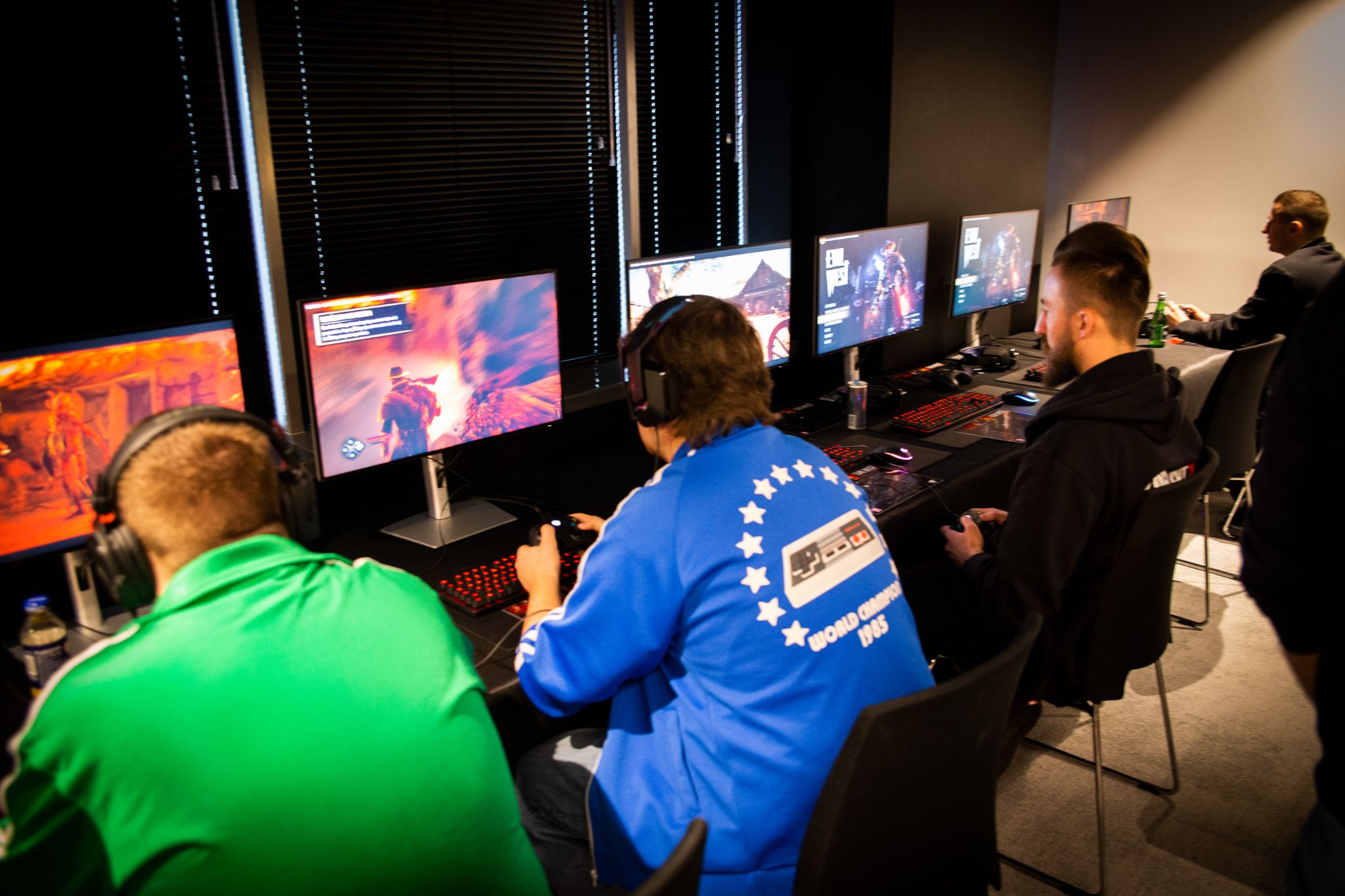 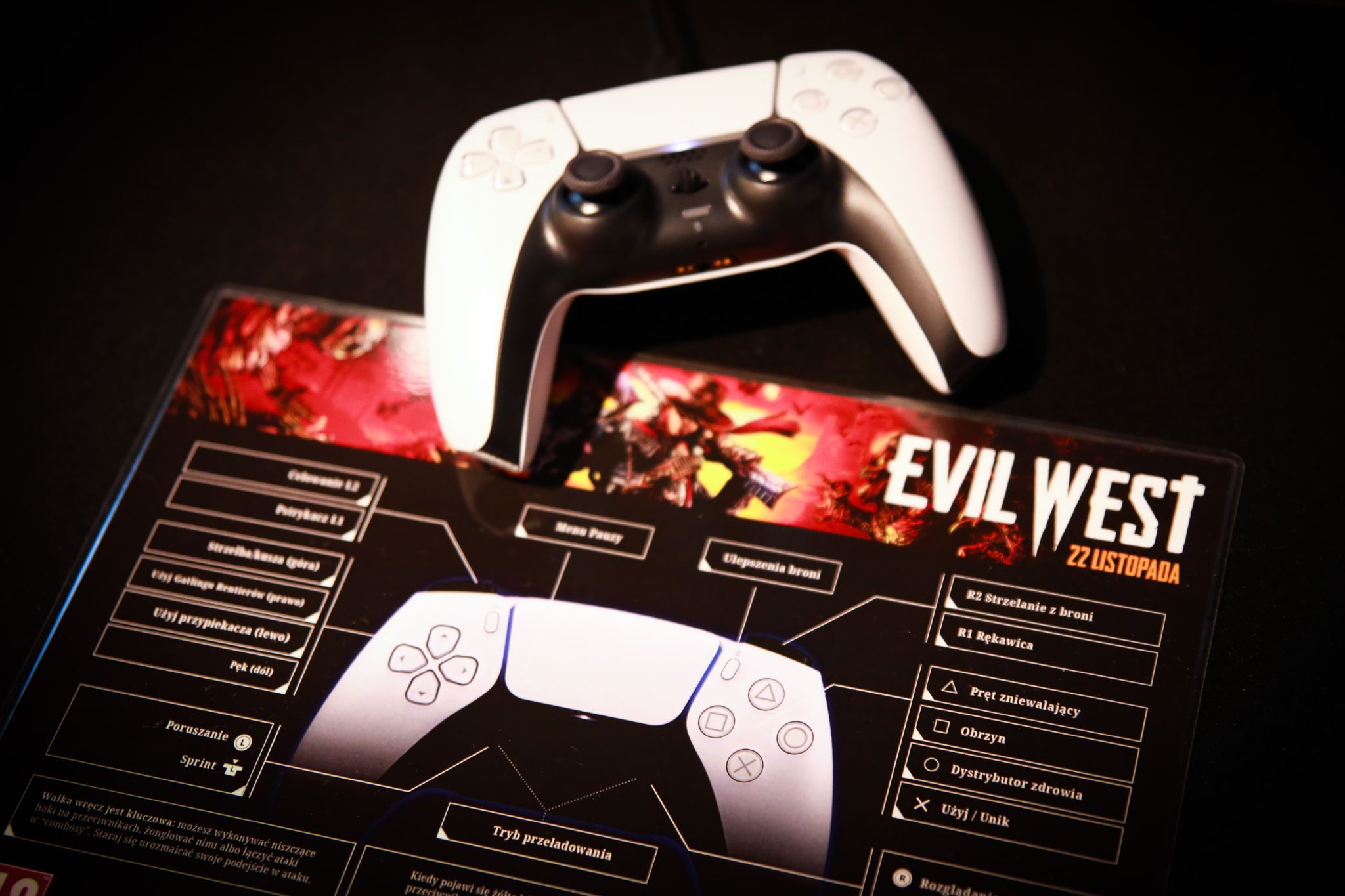 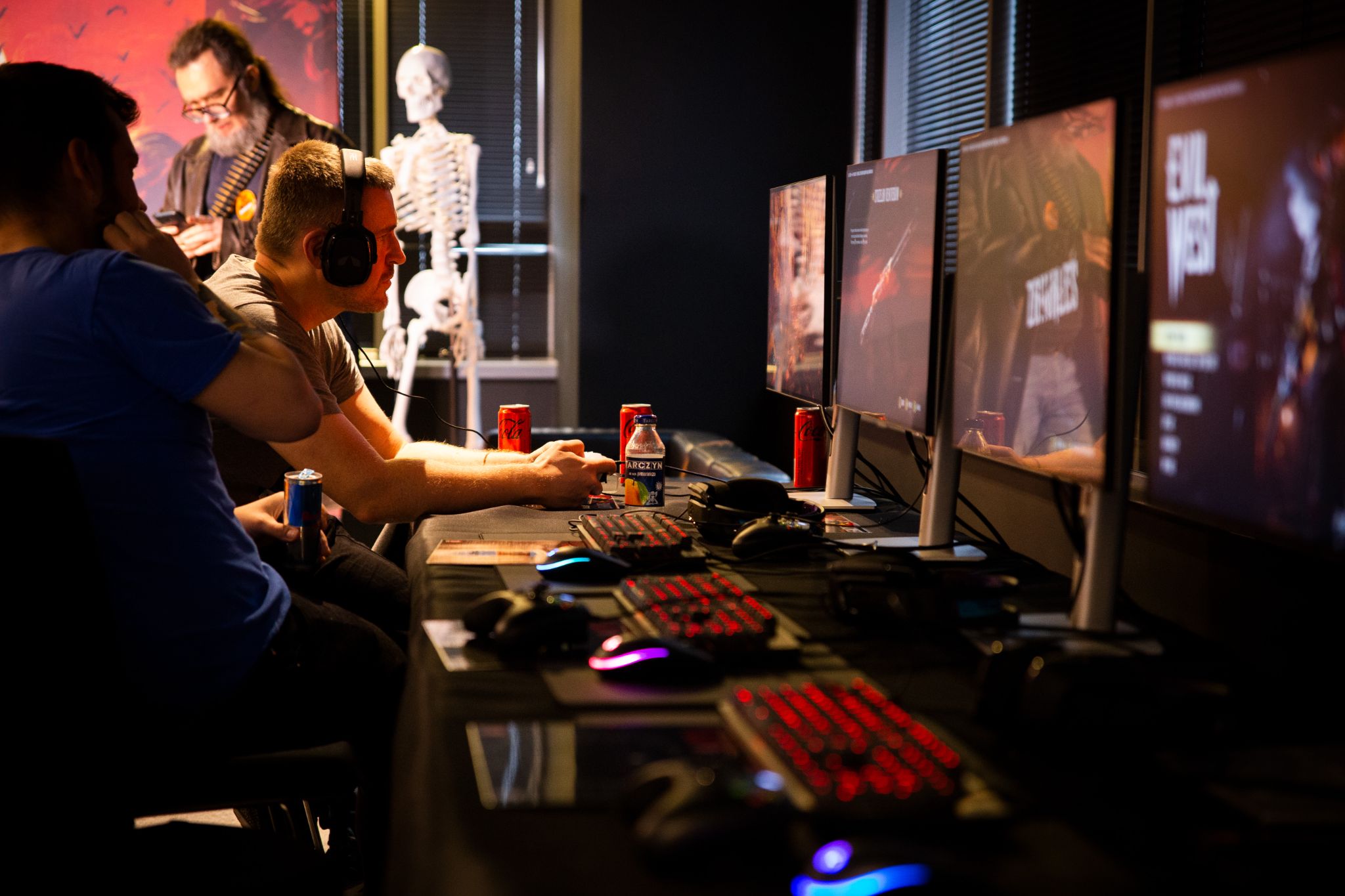 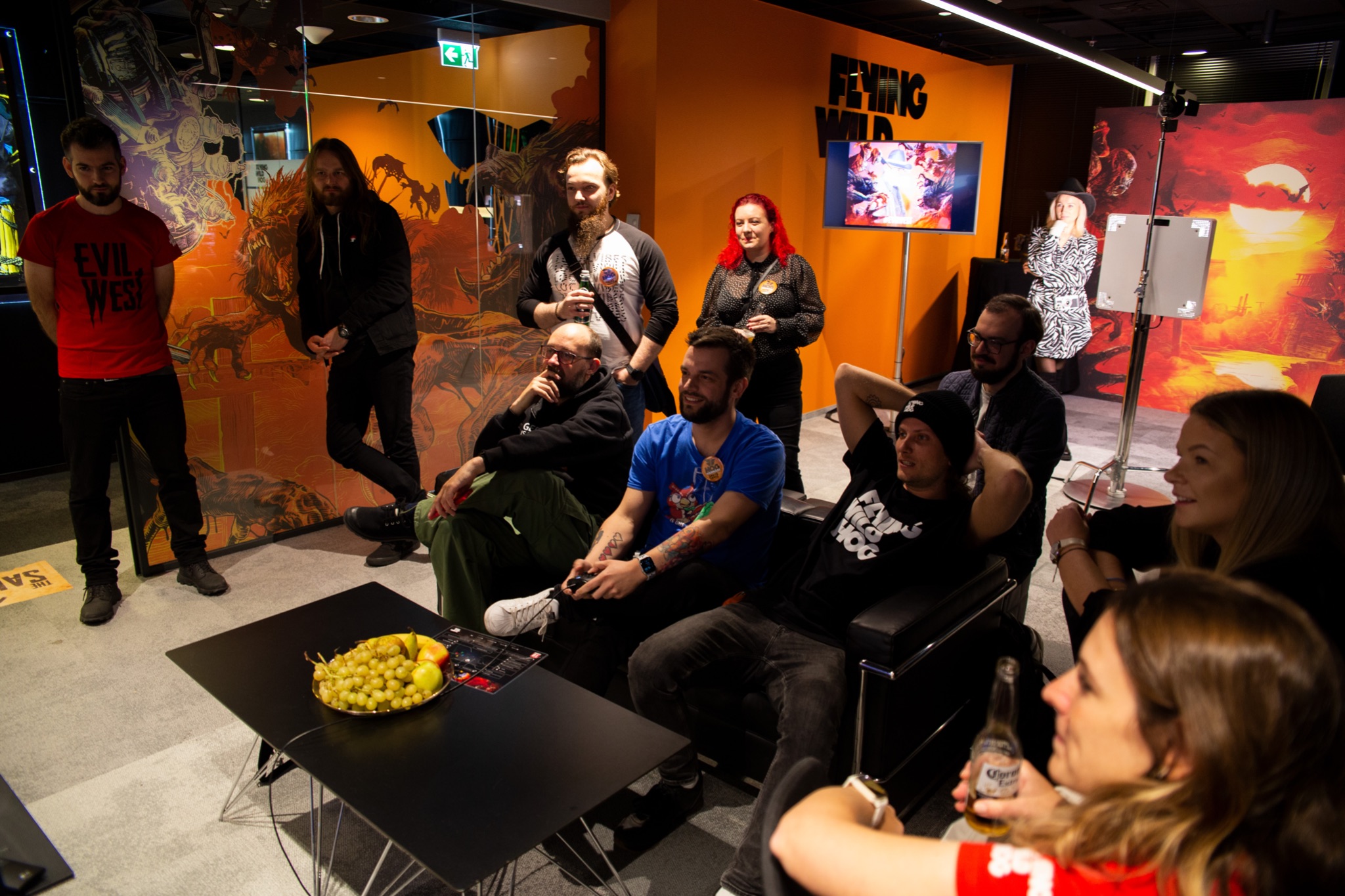 Once the event was coming to an end, each of the attendees got a gift pack with EW souvenirs! 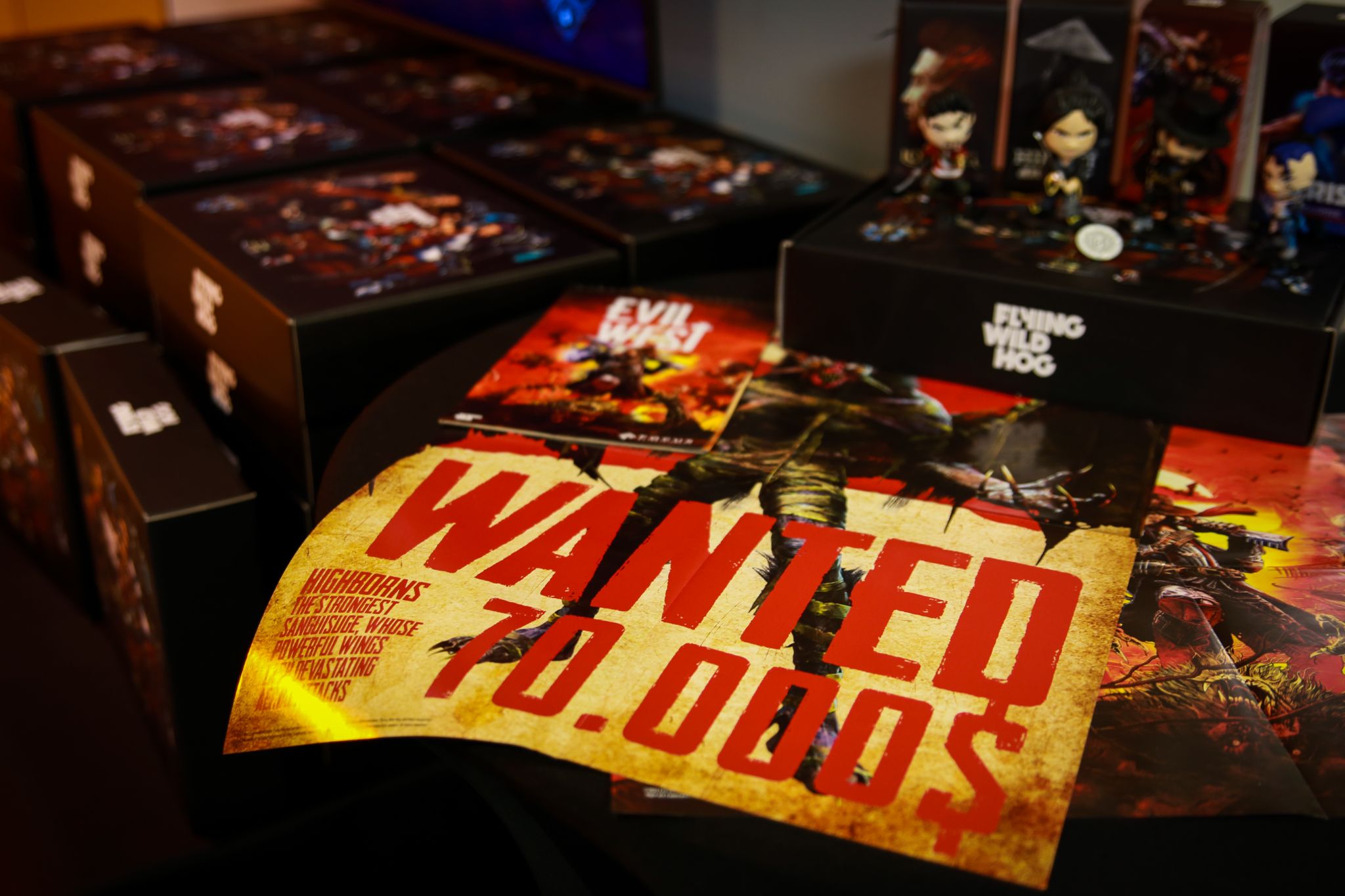 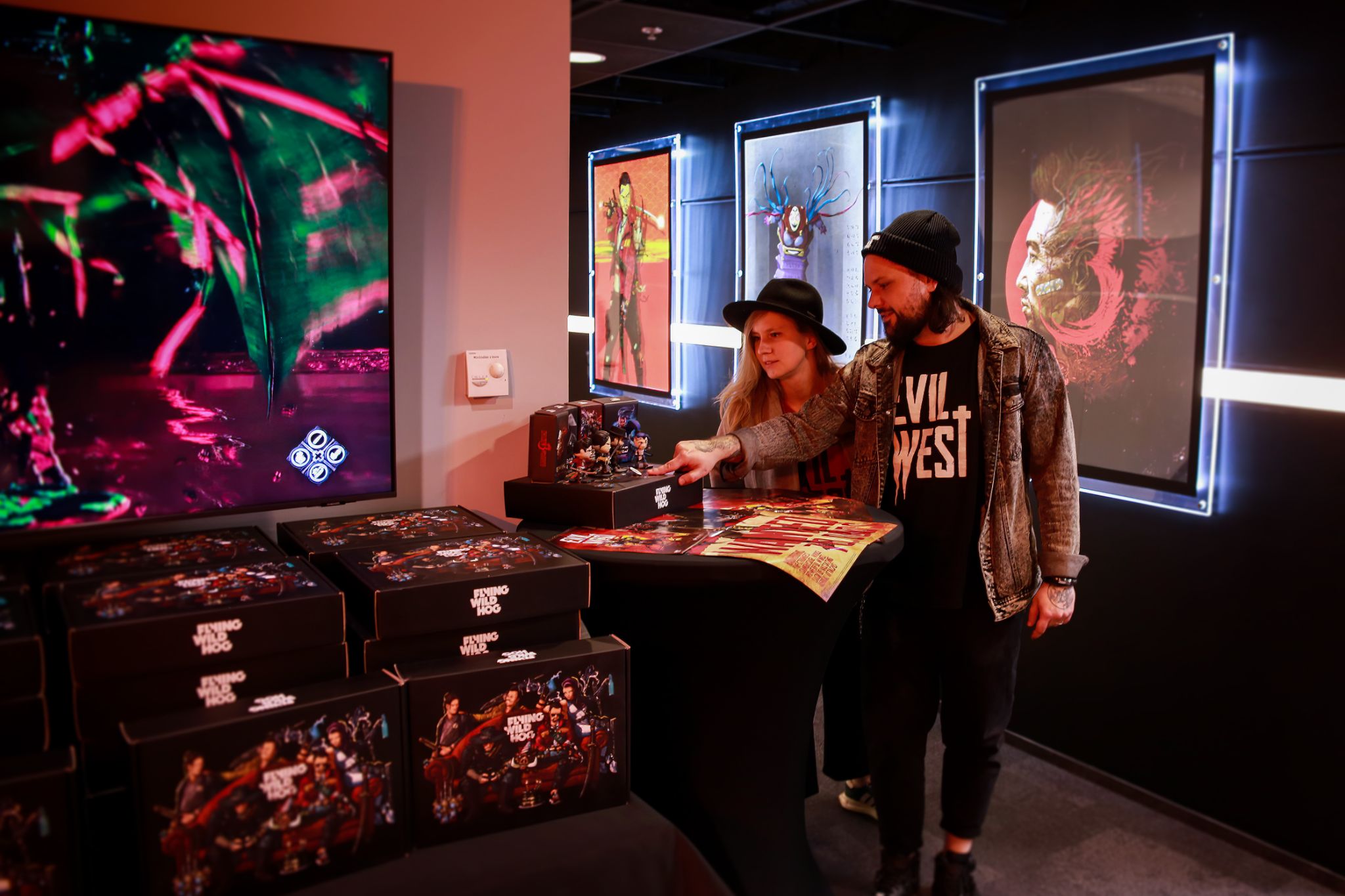 We’re super happy so many guests decided to show up to see and experience Evil West! We’d also like to thank everyone involved for making this happen! 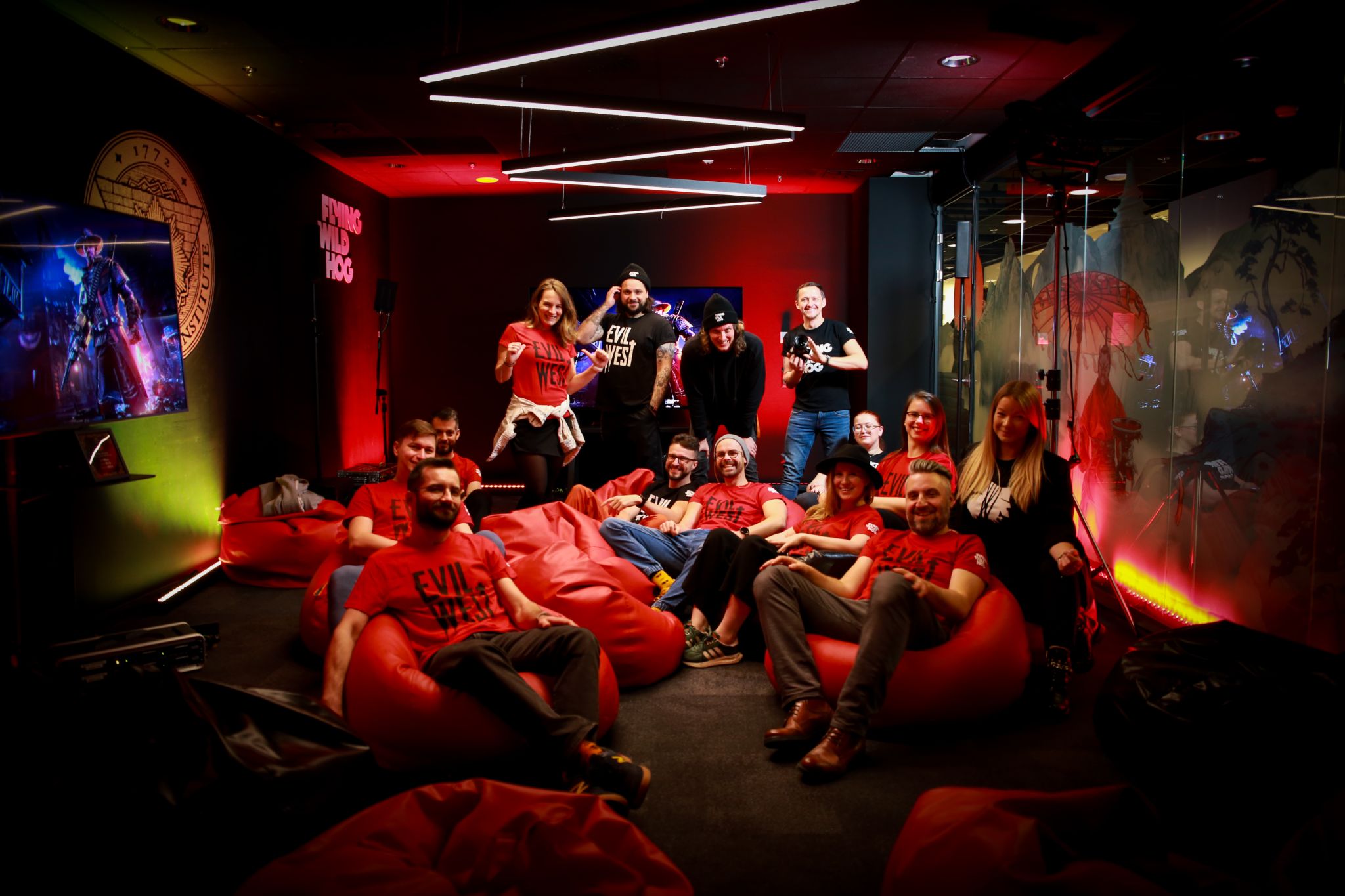 We’re filled with pride and ecstatic that we could organize such an event.

Flying Wild Hog is a Polish studio so we couldn’t be happier to host such fine and stunning guests who could not only chat with our Dev Team and play Evil West but also straight up spend some quality time with us!

After all, Evil West’s premiere is in less than a week and we wanted to commemorate our biggest game so far in an appropriate fashion, HOG-STYLE which is exactly why we held it in our Warsaw office!