AGENTS OF THE RENTIER INSTITUTE
YOUR VOICE HAS BEEN HEARD
PATCH 1.04 JUST DROPPED!

Don’t you JUST F%$KING HATE bugs and glitches?! So do we, even more than Jesse hates vampire’s gut!

Our incessant work on patching and fixing Evil West is coming to fruition! Lots of changes and fixes have been implemented. Ranging from adding an adjustable FOV, toggling the camera shake, being able to restart missions, and many more! The first update of  Evil West is now live on PC! The update will hit consoles a bit later, apologies for the delay!

Just scroll down to read all about the patch notes!

[PC] FEATURE: You can now change the sprint action on the keyboard to a toggle instead of hold-to-sprint.
[PC] FEATURE: The arrow cursor keys are not hard bound to the camera movement anymore.
[PC] FEATURE: Added the Exit button in the EULA screen upon the first launch of the game.
[PC] FEATURE: You can now adjust the FOV (Field of View) angle in the options menu, which is especially useful if you own an ultrawide monitor.
[XBOX] BUGFIX: The directional button layout no longer changes when you switch the game session between two different versions of consoles.

[COOP] BUGFIX: Fixed the players being able to get soft-locked if they both died during the tutorial in The First Spark mission. 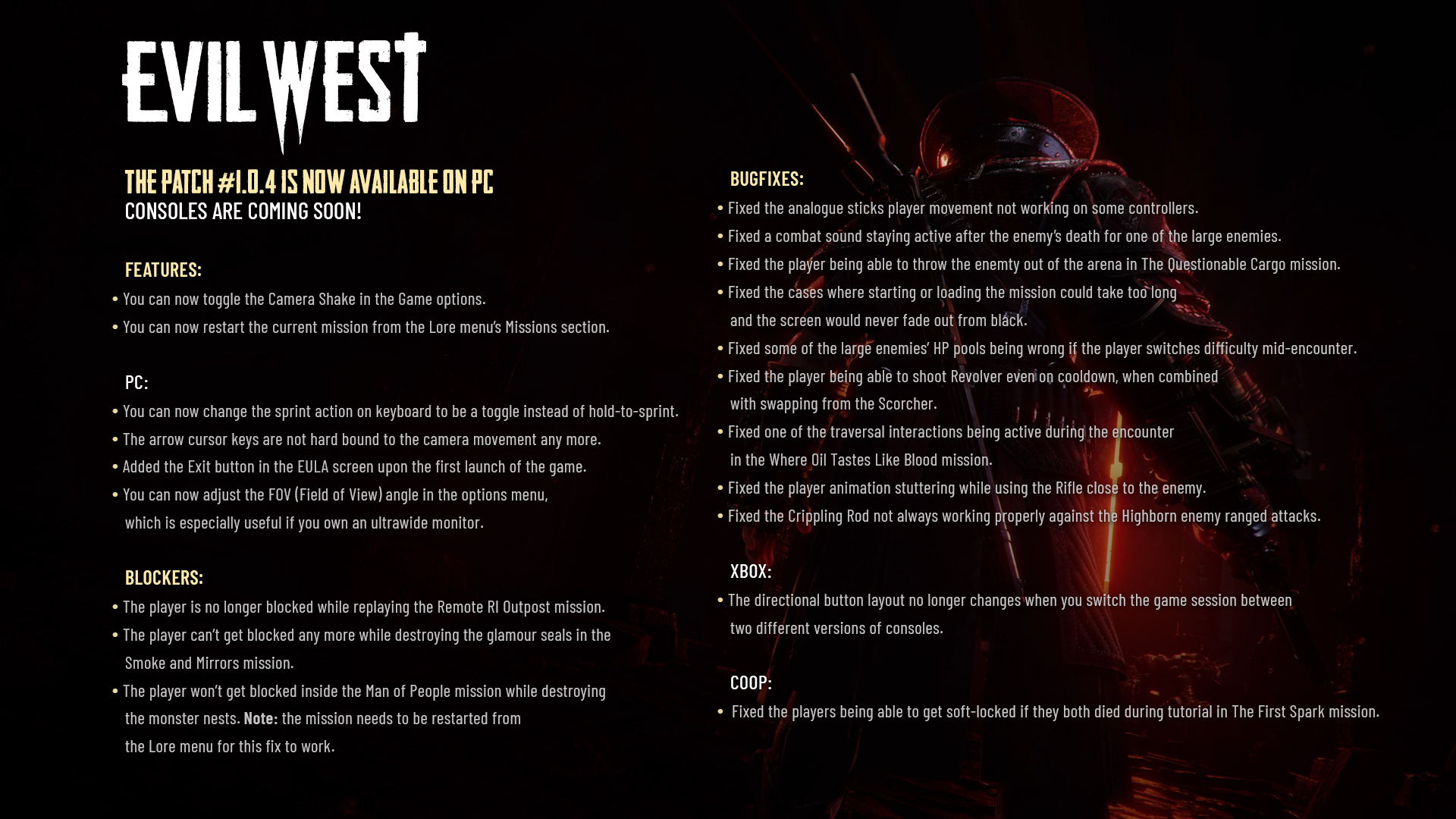 This ain’t the last you’ve heard from us!