Evil West is playable at PAX East 2022 at the Focus Entertainment booth!

Focus Entertainment and Flying Wild Hog are pleased to announce that Evil West will be playable for the first time as part of the publisher’s lineup on the show floor at PAX East 2022! The third-person action game from Flying Wild Hog puts you in the boots of a vampire hunter chasing the bloodthirsty monstrosities to save the Wild West from being engulfed by a dark menace.

Eradicate bloodthirsty creatures with a full level to discover

Draw your weapons and battle your way through the shadows to eradicate a threat that lies beneath your feet. Featuring dynamic, visceral third-person combat and brutal combos, an entire mission at PAX East 2022 will give players their first chance to try out this exhilarating adventure and soon rise up to become Wild West superheroes on PlayStation 5, PlayStation 4, Xbox Series X|S, Xbox One and PC. 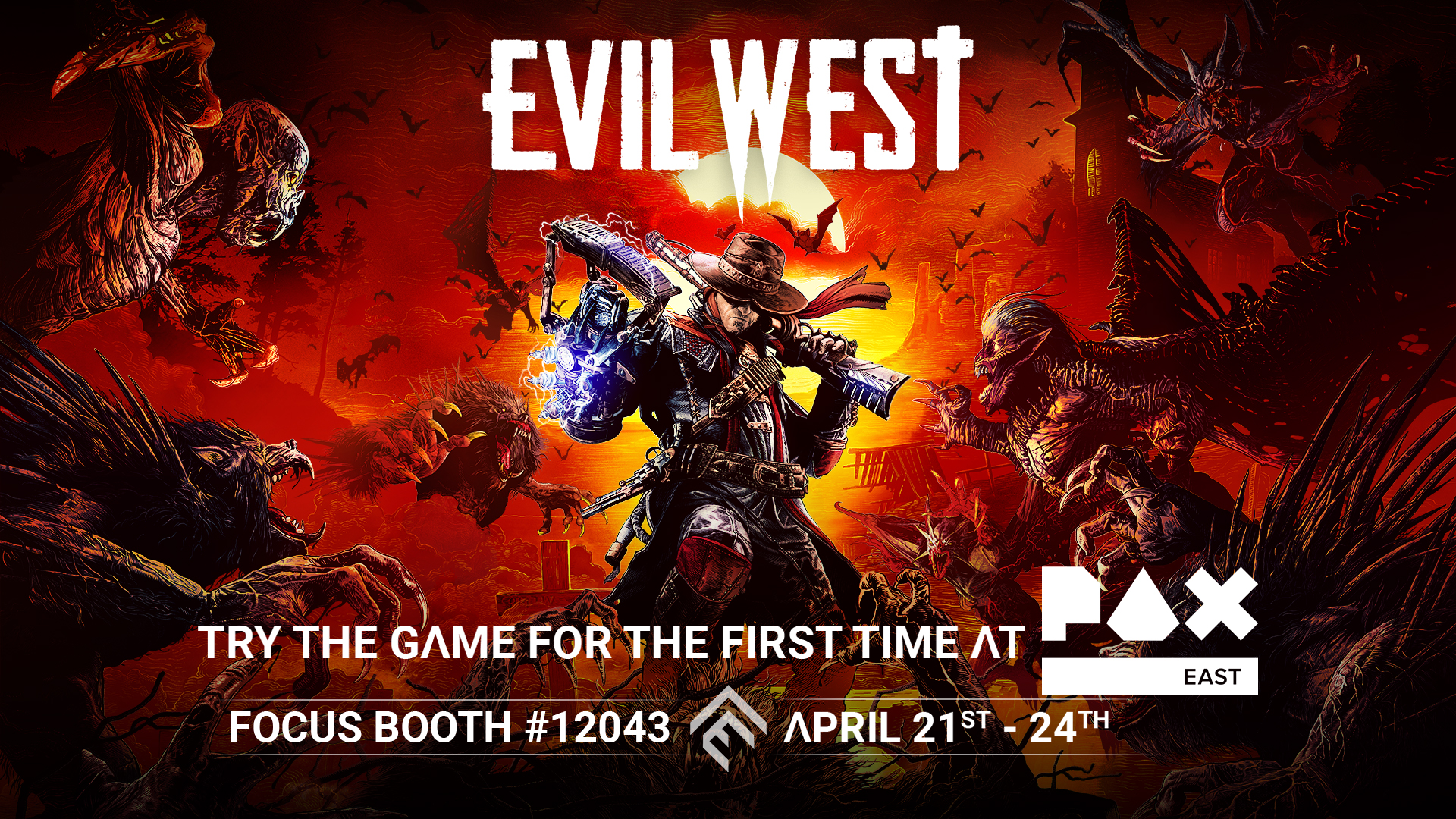 Play Evil West at the Focus Entertainment booth #12043 during PAX East 2022, and check out the other Focus titles including freshly announced Warstride Challenges, Chants of Sennaar, but also Dordogne, and Hardspace: Shipbreaker which just unveiled its end of early access release date!

The physical edition of Evil West is available for pre-order now on the Focus Entertainment Store.